I guess there's a first time for everything, and this shoot certainly ticks that box.

I've photographed hundreds of children over the years, all with their own amazing and unique personalities.  Some are shy, some can't stop laughing, some won't sit still, some refuse to smile (at first) and some are just born to pose.  But until now, I'd never actually photographed a child who was terrified of my camera.  But that's exactly what happened with the younger of these two brothers.

When I first arrived at their beautiful north London home he was full of beans, excited to see me and smiling from ear to ear.  The kind of dream reaction that any family photographer would want to get.

When I arrive at any house for the first time I like to have a good look around to determine the best rooms to take the photographs in depending on the light.  I quite often get one of the children to show me around as they enjoy having a job to do and it gives me a chance to get to know them.  I did this with the older son, leaving the gorgeous, happy and excited younger brother downstairs for a short time.  Son number 1 was very keen to give me a tour and was in such a great mood himself that I actually ended up taking most of his portraits first.  He was a dream to photograph, laughing and joking all the time but also a great listener and really patient.  I absolutely love the photographs I captured of him, I think his personality really shines through.

It was now time to head downstairs to take his brother's individual shots, but the second he saw my camera he burst into tears.  He hated it.  In fact, he was terrified of it.  I've had children who have been a bit dubious about my camera in the past, and in those cases I just bide my time, show them pictures on the back of the camera, let them press a few buttons and it quickly calms them down.  But nothing was working here, he quite clearly never wanted to see my camera again.

But with the help of Mum and Dad, and using the the art of distraction, song and silly noises, I managed to whip my camera out in 2 second bursts to grab a cute expression here and there before rapidly hiding the camera again to prevent him getting upset.  It was probably quite comical to watch.

The best thing of all is that he looks as cute as can be in the photographs.  To be honest, with a face like that it's hard to look anything but. He's simply stunning with those beautiful blue eyes and that gorgeous blonde curly hair.  I'm sure if I photograph them again he'll be fine, it was just one of those days and kids are always unpredictable.  It's one of the reasons I love my job so much. 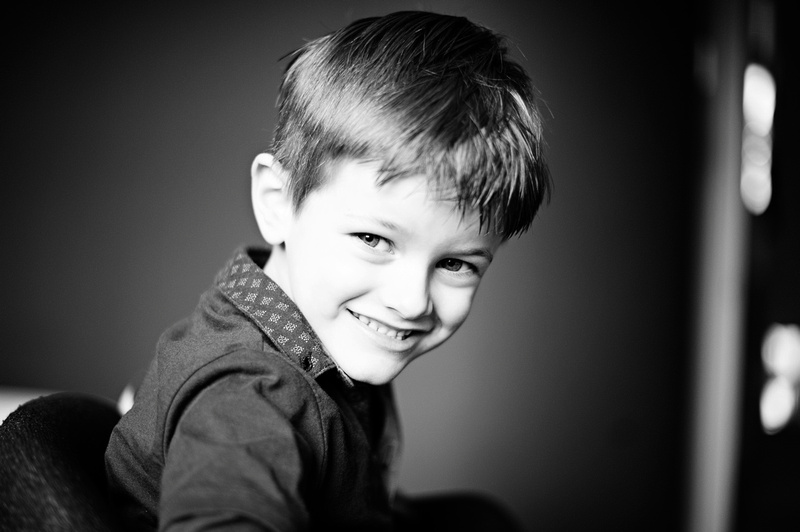 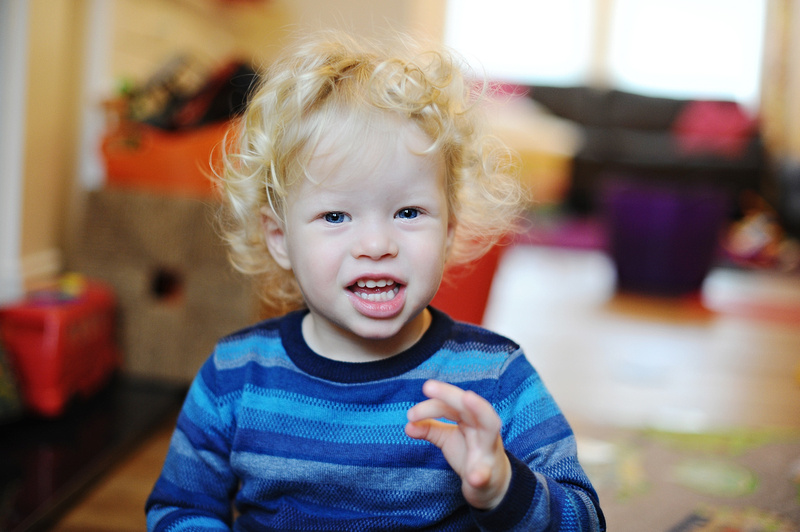 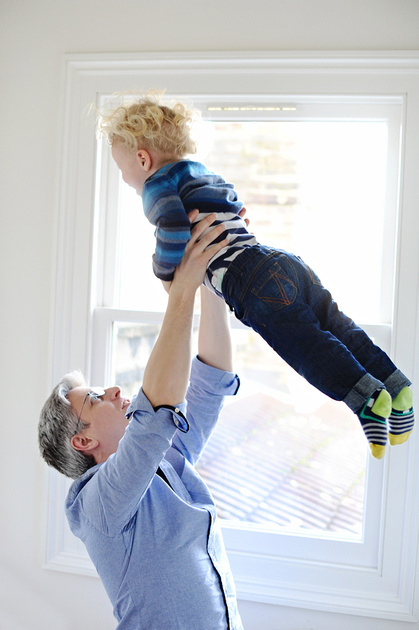 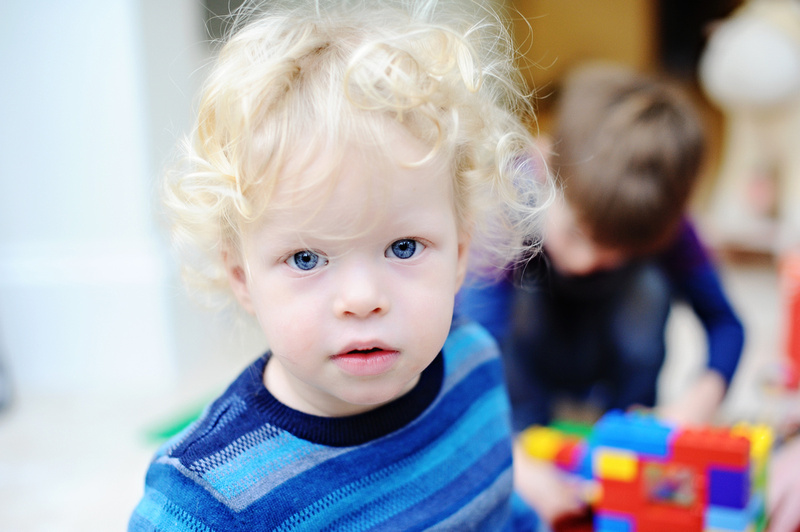 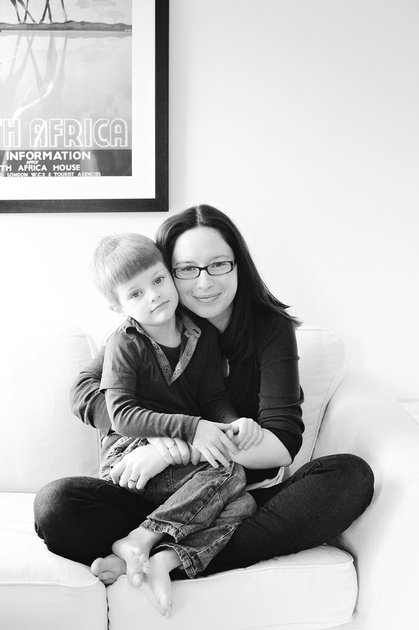 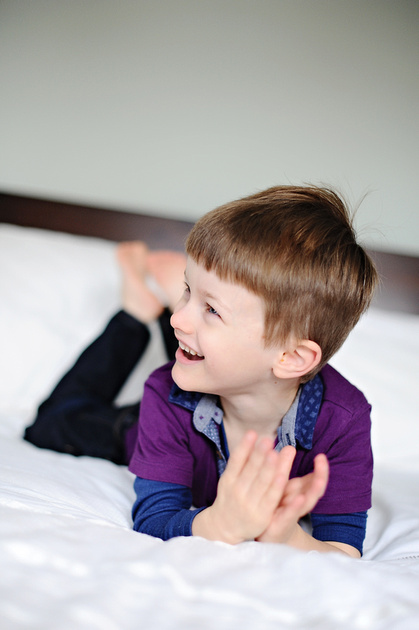 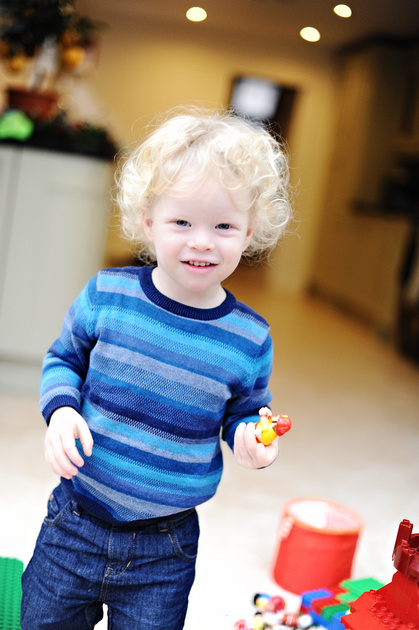 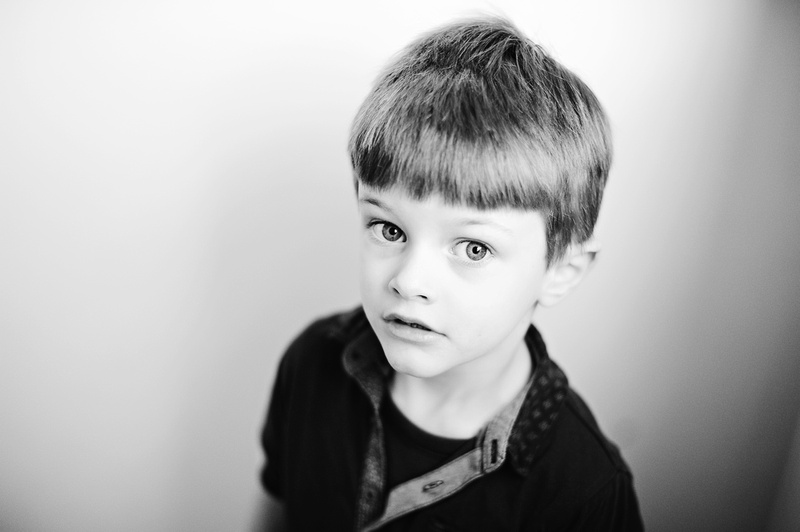 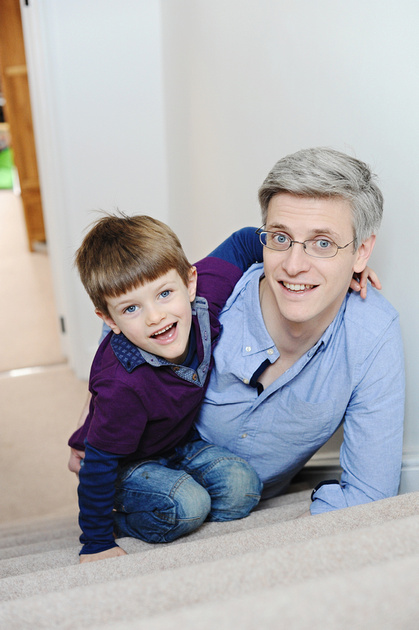