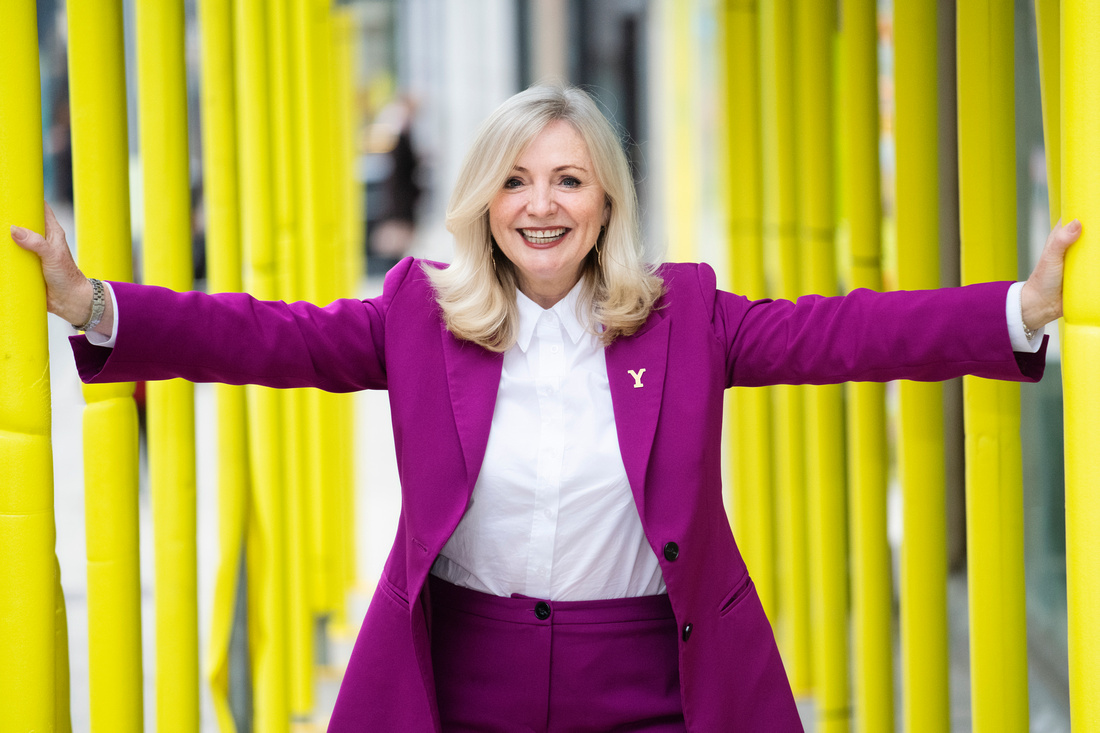 This is Tracy Brabin, Mayor of West Yorkshire.  And what a woman she is too.

I've had the pleasure of knowing Tracy for many years now and she was one of the first women I considered when I had the idea for this project - she was also the first one that I photographed.  She's been the Mayor of West Yorkshire since 2021 but before she that was elected Labour MP for Batley and Spen following the harrowing murder of her predecessor, Jo Cox. One of the things I especially admire is that the safety of women and girls is high on Tracy's political agenda.  She's spoken openly and honestly about an attempted rape by a complete stranger that she endured at university and this has been the driving force behind her commitment to improve the safety of all women and girls.

Before entering politics Tracy was a TV writer and actress, staring as Tricia Armstrong in Coronation Street for many years. But like so many women featured in this project, Tracy had a complete career change later in life and has never looked back.  She was 55 when she became an MP and 60 when she won the race for mayor (I know, it's impossible to believe that she's anywhere near that age) and is one of the most positive and inspiring humans on the planet.

I happened to be in Leeds one day for work and asked if I could pop in and take some shots of her whilst I was there. As you can imagine, being the Mayor of West Yorkshire keeps you pretty busy and Tracy could only spare a matter of minutes for the photos. I'm so delighted with what we managed to get in such a short amount of time, she's a complete natural in front of the camera.

Thanks Tracy for being part of this campaign and for proving to us all that anything is possible at any time in our lives.

Tell us why you decided to make the leap from acting to politics.

It wasn’t a decision I was expecting to take. I’d been campaigning with the brilliant Labour candidate Jo Cox and got to know her. After she was killed we were all in shock and at the funeral I said to one of her friends ‘what can I do?’ and she said ‘ do you want to be an MP?’ and it suddenly fell into place that this was something I should do. Batley and Spen is where I was born and raised and this outrageous act could not be allowed to divide us. Her killer took so much; we needed to stand tall to call it out

As a women who changed careers after the age of 40, can you give any advice to others wanting to do the same?

In lockdown I raised over £21,000 for for domestic violence charity, Refuge, by photographing people at their front doors. You very kindly took part in that.  I know that the safety of women and girls is a big issue for you having spoken openly about a harrowing attack you suffered in your 20s. What can you tell us about your plans in this area?

We've brought in significant levels of extra funding and have launched new campaigns and initiatives. I pledged to put ‘keeping women and girls safe’ at the heart of my police and crime plan and I have done so. It features as a cross cutting theme in everything we do.  Since becoming Mayor I have directed significant resources towards this issue with millions in additional funding coming into West Yorkshire to support victims and survivors of domestic abuse and sexual violence. Significantly, I have worked with West Yorkshire Police to recognise misogyny within hate crime reporting. Although it is not yet legally classed as a crime, this approach enables us to monitor trends and inform our response.

We were also successful with a bid for £655,000 in funding from the Home Office’s Safer Streets Fund to promote the safety and use of parks by women and girls. Likewise, we have worked with Higher Education / Further Education establishments to support women’s safety and generate behaviour change in men. I also launched a stalking awareness campaign with West Yorkshire Police and local safeguarding partners. This aims to raise awareness of what stalking is, that it is a crime, and how those affected can seek help and support.  Many grant bids to my ‘Mayor’s Safer Communities Fund’ have also focused upon Safety for Women and Girls. This takes ill-gotten gains from criminals and diverts it to our local communities, on focused themes.  In recent weeks, I’ve hosted an event to progress the West Yorkshire Safety of Women and Girls Strategy. This follows substantial consultation with members of the public and partners. 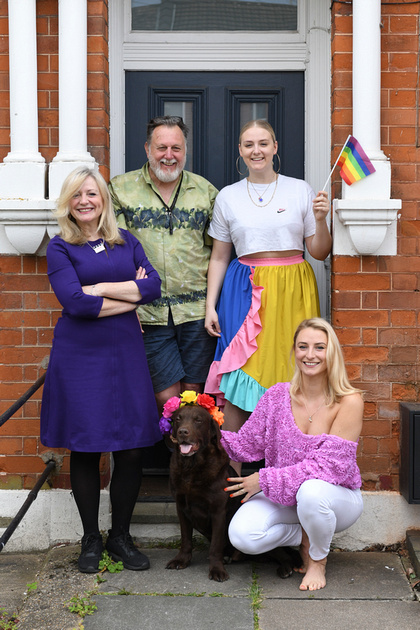 You made the headlines after the strap of your dress fell over your shoulder in the House of Commons.  How did that make you feel?

I received a barrage of tweets calling me a slag, hungover, a tart, about to breastfeed, a slapper, a drunk and that it looked like I'd been taken from behind over a wheelie bin.  The fact is I leaned on the dispatch box due to a broken ankle and the strap slipped off my shoulder.  I was proud that I was able to turn around an horrific situation to do good. We auctioned that dress and raised £20,000 which benefitted the Girl Guides and the work they do giving young women confidence in their bodies. 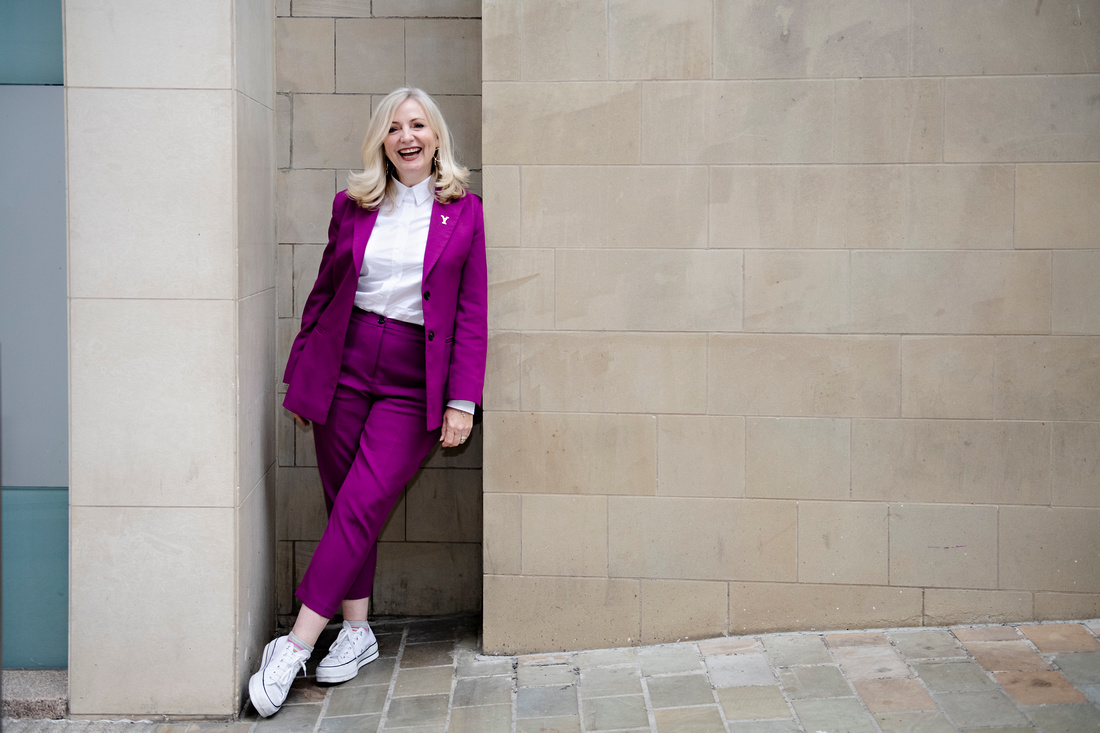 What has been your greatest achievement at work?

There is more to come but reducing bus fares to £2 was a recent highlight.

As a woman how have you found the political arena and has your age helped in this?

Yes. I'm wiser and less hung up about what people think about me.

The menopause is a huge issue for so many women who struggle with symptoms and most companies still don’t acknowledge this.  Is there more that politicians should be doing to address this?

No doubt about it and I celebrate all the recent campaigning on this. We are still capable people as we go through the menopause and companies must acknowledge the challenges we face.

I do a podcast where women fess up to some of the things they might have said or done whilst feeling hormonal. Anything you’d like to share?

I was furious for about two years and didn’t care less what people thought! 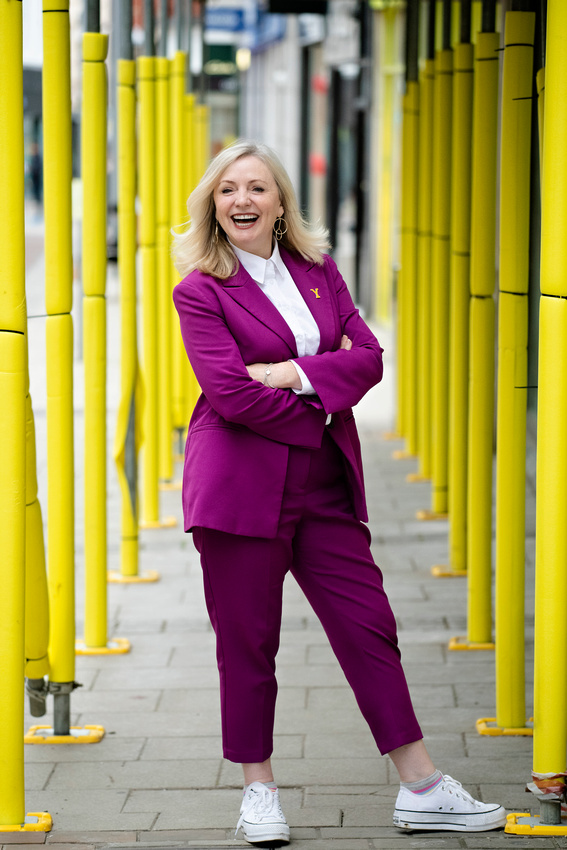 I bumped into you one day during covid and you were sitting with your daughter making a list of things to be thankful for. It’s really stuck with me. Do you do this often and what other things do you find helps to put things into perspective?

Not that often but I’ve always said a moment for gratitude before bed is helpful for wellbeing. With so much pain across the world we have so much to be grateful for.

What piece of advice would you give your younger self?

Your class and lived experience is your super power.

So many women are worried about the ageing process. How do you feel about it?

I’ve grown into my skin and I'm just grateful my body works as well as it does because I know it won't always be like this.

A sense of fairness.

Thank you Tracy for being one of my 40!

I think it's fair to say that our hormones have affected us all at some time in our lives be it puberty, PMT, pregnancy or the menopause.  If that's you then check out my podcast, Dear Hormones, hopefully it'll make you smile. You can listen to it here.