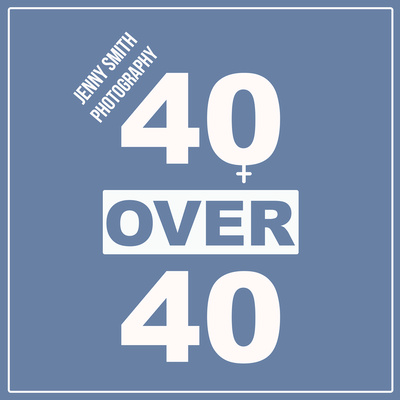 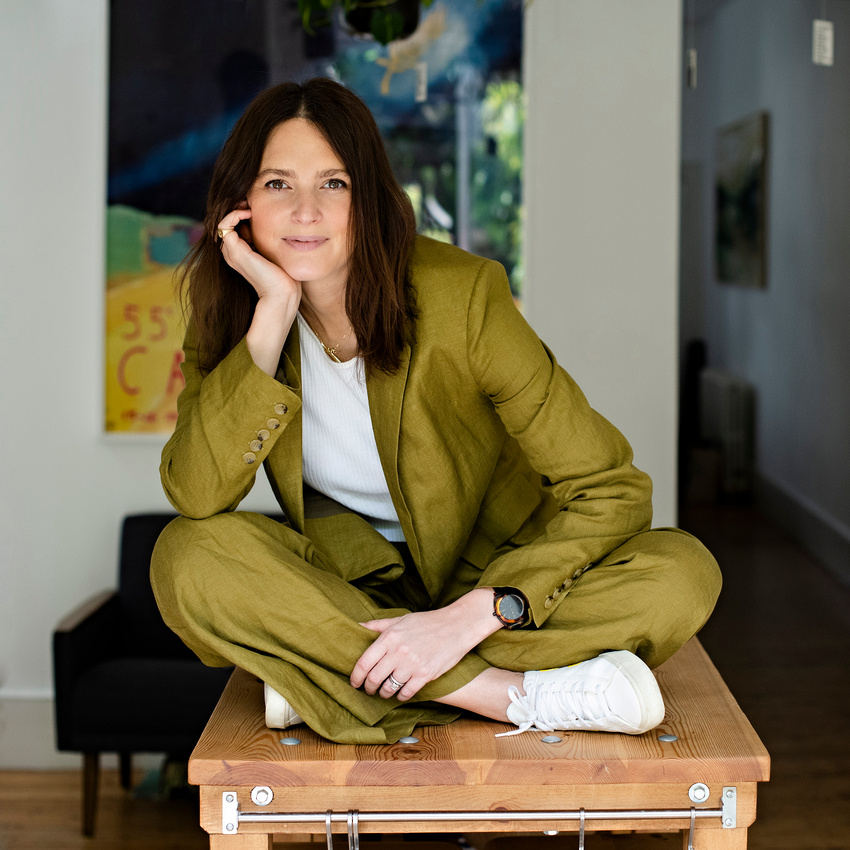 If you're a fan of Elizabeth's chart topping podcast How to Fail (and why wouldn't you be) you'll know she writes the most amazing introductions for her guests, but writing one for Elizabeth that will do her justice is nigh on impossible. Where to start?

Elizabeth is a journalist, author, podcaster and TV presenter who, by speaking openly and honestly about her own life and 'failures' has helped so many other people come to terms with theirs.  With nearly 25 million downloads, her podcast has shone a light on all the things that haven't gone right in someone's life and how those so-called failures have been integral to their later successes.  Each episode is an uplifting and empowering listen and has drummed the message home to millions of people that failure is actually just the start of something else.

As if all of that wasn't reason enough for me to want her as one of my 40, Elizabeth's choice to speak out about fertility and miscarriage makes her all the more inspiring. Having been through fertility treatment myself, I remember how much of a comfort it was to read anything and everything about other women's experiences.  Elizabeth's decision to share her fertility story and speak openly about her heartbreaking miscarriages will in turn make so many other women feel seen and less alone.

I feel incredibly lucky to call Liz a friend and am so thankful to her for agreeing to be part of my project, thank God she's over 40...just.  Keep scrolling to see more images and to read some inspiring words of wisdom. 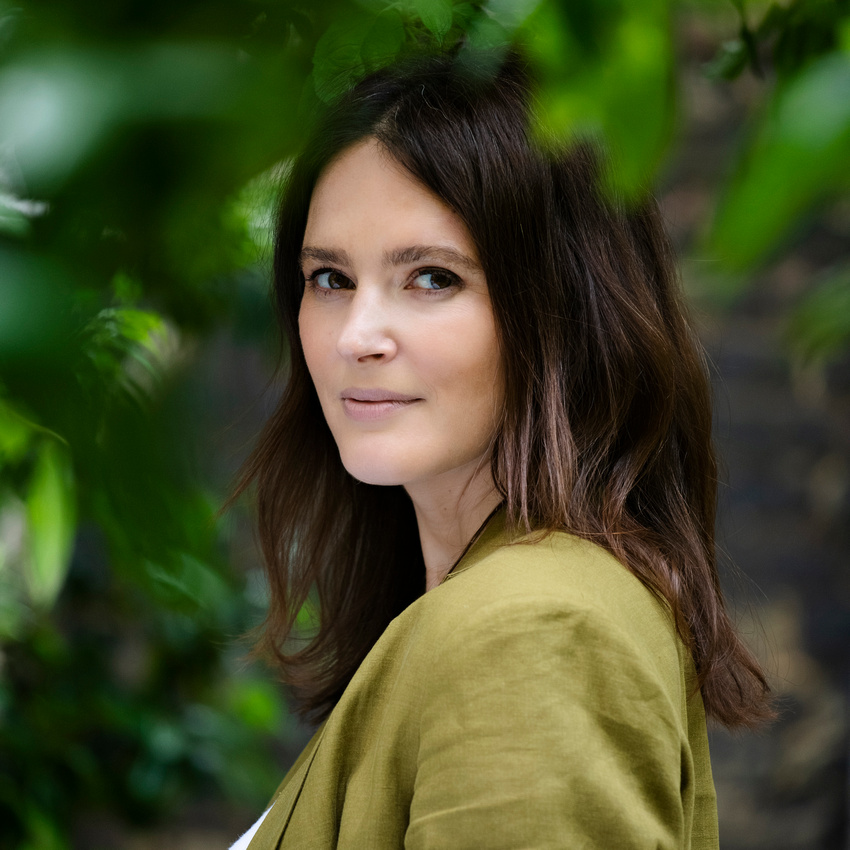 How did you feel about turning 40?

I felt really good about it once I was actually there. It does feel like a particularly important age for women specifically because it’s at a time when you are confronting a future that will change biologically.  For me it carried an extra sense of import because I hadn’t had children by then and I had desperately wanted to.  I had tried and failed to do that so there was a sadness that came along with it because so much of the media narrative around procreation is really negative and critical and quite harmful after you turn forty.  It’s seen as this great cut off point for women where your fertility falls off a cliff edge, that’s literally the terminology that they use, and so it feels quite scary.  At the same time you’re also being fed a cultural narrative of 'age empowers you', 'age is wisdom' and we should 'embrace it', all of which is absolutely true and I completely stand one hundred per cent behind it, but that’s quite a lot to have in your head in the run up to a birthday celebration.

Once I got there and once I had the existential moment of thinking 'what is my life’s purpose, am I doing what I want to be doing, am I giving as much as I can be giving, yes I’m not yet a parent but what has that taught me?' it really made me look in the face of how I was living my life and I’m actually very grateful for that now and I think it’s a necessary part of progression and evolution.  Once I’d got through that stage I felt great about the act of turning forty because suddenly this thing that I'd been worried about had actually happened and suddenly I felt really liberated by not having to worry about it anymore.  I have to say that my forties have been my best decade yet. I feel that I know myself so much better than I ever have before, I truly do feel the benefit of all those decades of wisdom that I’ve accrued.  I think your twenties are a time when you’re still unsure of who you are; you’re scrabbling ferociously to make it on the career ladder and to find your person romantically and to maintain your friendships and to show that you’re having a good time and it’s just exhausting, and then your thirties are a time of consolidation and making some big decisions and your forties are when hopefully you reap the benefit of some of that work on yourself. 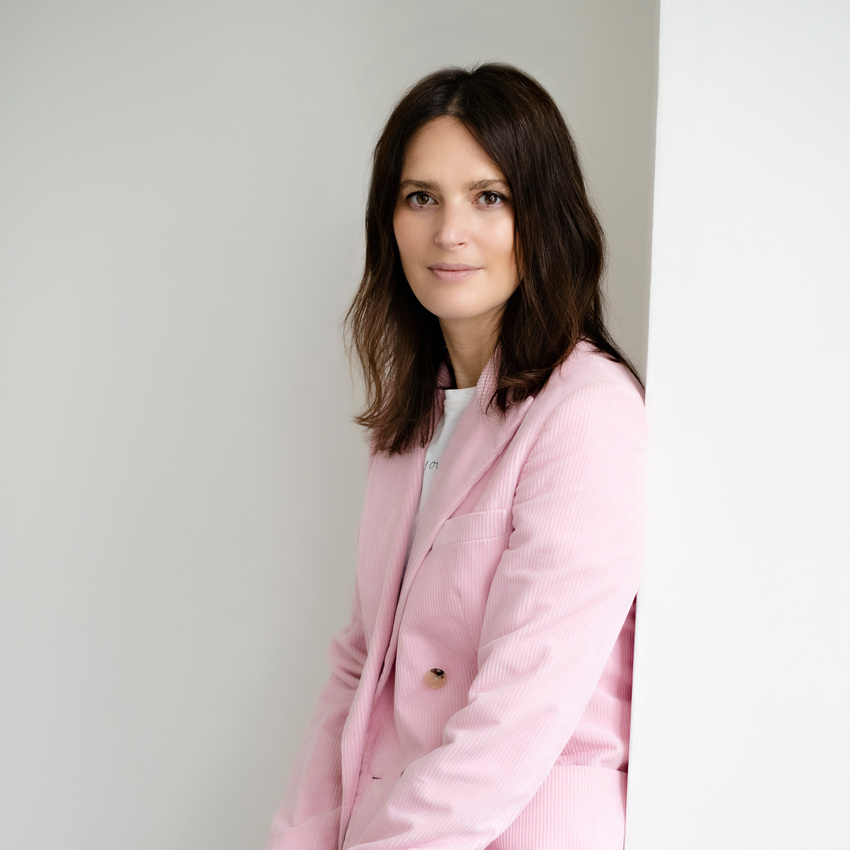 My forties are absolutely brilliant.  I count myself very lucky to live in an era where I see so many incredible women owning their age and experience and I feel that forty is no longer the marker that it was for my mother’s generation. I feel full of hope. A lot of women in their twenties listen to my podcast and feel really lost, and I always say just because your twenties aren’t necessarily your decade doesn’t mean your thirties might not be, or in my case my forties. We are so encouraged to think of life as a race where we have to be the first or the youngest to do things but it’s often much more impressive to achieve something with the full wealth of yourself and knowledge behind that achievement.

You launched your podcast in the year you turned forty. Do you have any advice to women wanting a change in direction later in life?

Go for it!  There is no such thing as 'too late' there is only ever the right time.  The benefit of doing something when you're older is that you know yourself more and you have so much more wisdom to impart. It is no accident that most of my favourite ever interviewees are seventy plus. There’s a sense of perspective and context and hard won knowledge that you have the older you get that is an absolute blessing to share with anyone.  Women have had millennia of having their voices silenced or marginalised and it is time on a collective basis to step into our power and to start raising our voices higher. The people that I really want to hear from are marginalised women and that includes women of a certain age, women of diverse ethnic and racial backgrounds, women who live with a disability or a chronic illness, women who are child free by choice and women who have not become parents although not through want of trying. There are so many different kinds of us and I think we all need to be encouraged to speak our truth.

I launched the podcast around six months before my fortieth when I was going through a mild existential crisis and I don’t think age is any coincidence. The whole thing about failure is that if you can survive it, you can learn from it and that turns it into a kind of success.  I had realised at that point in my life that every time I had experienced something that was world shattering, deeply upsetting, heartbreaking or difficult, I had survived every single one them and I realised that I had been taught something that I probably needed to know and that all went into the podcast.  I needed to be that age to be at that stage. 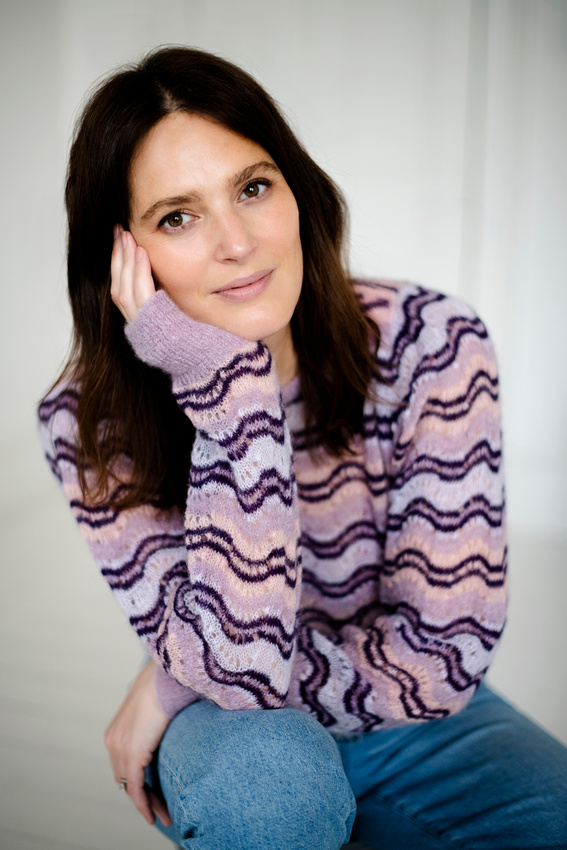 What's your take on the ageing process?

It’s a privilege and an honour.  I think the key to getting comfortable with ageing is to see more and more women in projects like this brilliant one that you’re doing being represented in the public eye, ageing in whatever way feels appropriate to them. That’s how we as a society get more accepting, get more comfortable, get more supportive of the ageing process in whatever way it chooses to manifest itself.  So I like to think that instead of wrinkles I’ve got wisdom lines and I genuinely feel that true beauty comes from accepting yourself and projecting that authenticity into every space that you find yourself in.

What advice would you give to 20 year-old you?

It’s impossible advice to follow but I would tell myself to worry less because most of the time things really work out, and even if something doesn’t feel like it’s working out at the time I promise you that given the fullness of the years you will be grateful for that thing that didn’t work out. Either because it would have taught you something or because it wasn’t the right thing for you or because you'll be closer to the thing that was meant for you.

Any wise words that you've garnered from speaking to so many people about their failures?

We should try to view failure as data acquisition.  So instead of spending your life feeling fearful of it and not taking the risk in the first place, what if you approach life like a scientist coming up for a cure for a terrible disease or a vaccine for a global pandemic? Any time an experiment doesn’t work, that scientist would be able to eliminate the thing that isn’t providing the solution.  So with every failed experiment they actually get closer, through a process of ruling out, to the successful one and I think that is how we should view failure. Every time we fail or we make a mistake it’s giving us invaluable data for the next time that we try. You can use it in any area of life.  I went through a spurt of online dating in my late thirties and if I’d know that then, any time I had a failed date I would have said 'thank you for eliminating yourself from my enquiries because you are bringing me one step closer to the person who is right for me'.  It helps you understand what you actually need and it strips back any pretence. Failure is an incredible teacher if you let it be that role for you.

I’ve had an incredible response and I have to say Jenny, you are an incredibly important person for me along this path because when I was going through IVF you were the only other person I knew in real life who had gone through it. You provided me with such wonderful compassionate support and knowledge and I think many women are denied that. I have made it a bit of a mission to ensure that no woman feels lonely if they are going through it, that they can go somewhere where I would have written about it, or someone else will have written about it or someone else will have come on the podcast and talked about it and we gradually demystify  the stigma, the inappropriate stigma, and the completely unwarranted sense of failure that so many of us feel.

In speaking up I found it tremendously cathartic because I felt less alone and more connected and I feel I belong to this community of incredible female warriors.  I get messages from mostly women and sometimes men, on a daily basis saying how much it means to them and how they feel seen so I feel that it's part of my life’s purpose. I feel really overwhelmed with gratitude for that and I won’t ever stop speaking about it.  I have definitely found their comments a comfort.  When I wrote Magpie, which has a fertility theme, I acknowledge all those people who have shared their stories with me because it means so much to me on a personal level and I believe, as a collective unit, we are making a powerful change.

Thank you SO much for taking part in the 40 OVER 40 project Elizabeth.  Don't forget to check out Elizabeth's website which has links to all of her incredible books, links to her podcast and a shop to buy some very cool How to Fail merch - perfect for Christmas pressies!

My podcast Dear Hormones is available to download here.  Kate Bauss and I read letters from women sharing stories about all things hormone related.  Hopefully it will put a smile on your face and make you feel a lot less alone at the same time.