School Photography ... but not as we know it. 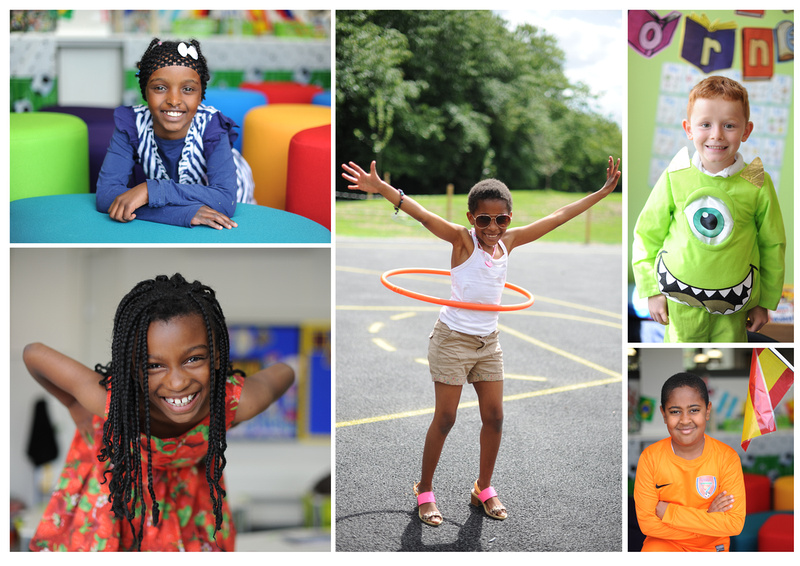 Sometimes a job comes along that at first feels a little daunting, but ends up being one of the best things you've ever done.  This was one of those jobs.

Last summer I received an email from a school asking if I would consider photographing all of their pupils (650) for a special project they were doing called 'I Am Somebody'.  The idea behind the project was to photograph the kids wearing their own clothes and perhaps holding something that they felt represented them.  The head teacher spoke to me about how children are bombarded with beautiful and often false images of people in magazines, and he wanted to show his kids that they are beautiful and amazing just the way they are.  The photos were to be displayed in an exhibition at the end of term, and then all the parents were to be given the photograph as a gift from the school.  Amazing! 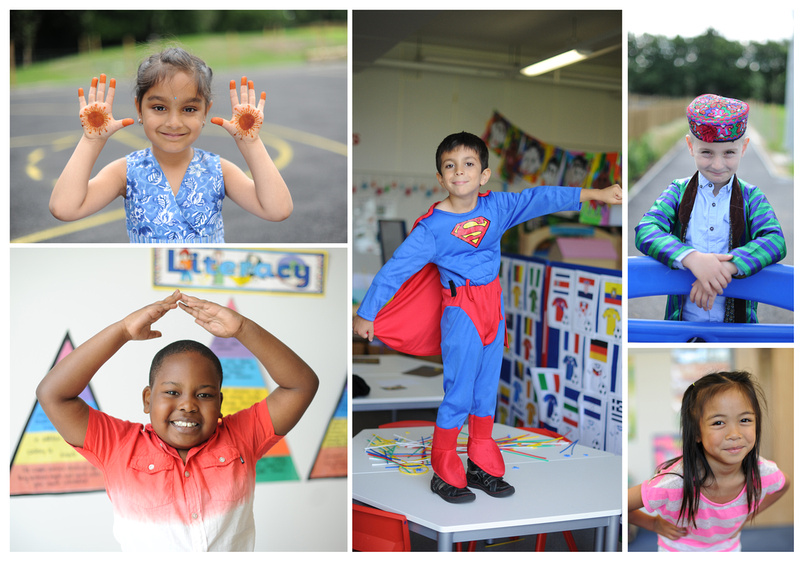 The school initially asked me to take the photos in front of a plain backdrop, but this just isn't my style. So, I suggested that I photograph the kids around the school: in their classrooms, outside on the playing fields, in the corridors, anywhere and everywhere around the building that would make each photo feel totally unique.  Yes it may take a little longer, but I was convinced that the end result would be worth it.

The school (being very forward thinking and creative, not to mention their recent Outstanding Ofsted report) loved the idea and booked me up, and then asked me to photograph their sister school too. That's over 1000 children (that's where the daunting bit comes in).

And so, over the course of 6 days I photographed each and every child at The Orion Primary School, and Goldbeaters Primary school in Edgware and I have to say, I loved every minute of it.

As I'm sure you remember, we had one of the best summers ever so we were able to get outside for lots of the shots, but I also photographed the children inside in their classrooms, standing on tables, jumping in the air and basically just having a really lovely time.  Being a mum, I simply took school photographs that I would love to have myself and I'm now considering offering my style of photography to other schools as an alternative to the standard white backdrop school portrait.

Both schools were very different which gave each one a different 'look' to their images. Orion is brand spanking new with white walls, large open spaces and a minimalistic feel in the classrooms, perfect for a natural light photographer like me!  Goldbeaters is the opposite but totally charming and bursting with character. They even had an old fashioned blackboard in one classroom which gave me the idea to get the kids to think of a word that represented them and we'd photograph them standing in front of it written on the board.  We did this with the year 6 students and it worked brilliantly.

6 days later and I'd finished the job, over 1000 children had been photographed and all that was left was to get them printed and mounted ready for the exhibitions.

One of the proudest moments I've had as a photographer was walking into the two school halls and seeing hundreds of my photographs all displayed beautifully for the parents and children to see.  Watching the children run in and search for their photo, and then seeing their face light up when they'd found it was the best feeling in the world. 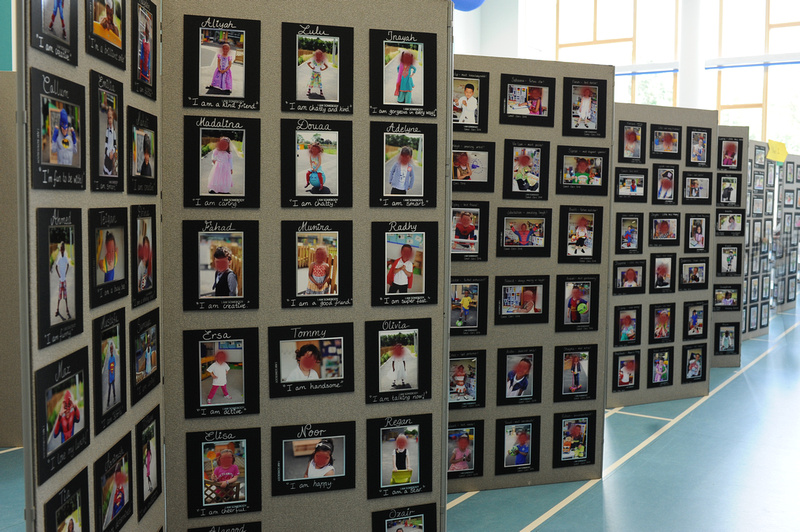 To work with a school who will commission a photographer to produce a project like this and not charge their parents a single penny for the photographs is pretty unheard of, and one that I'd love to see other schools consider doing too.  The object was to boost the children's self esteem, to make them feel special and worthwhile and I'm very proud to say, mission accomplished.

So, thank you Orion Primary School and Goldbeaters Primary School for giving me this fantastic opportunity and allowing me to photograph some of the sparkiest, funniest and brightest children I've ever met.

I have since been in to The Orion on a number of occasions to photograph various different events for them and it's been so nice to build this relationship with them.  They've now asked me to do this project all over again this year but with a brand new theme and quite frankly I can't wait to get started.

You can see a lot more photos from The Orion HERE. 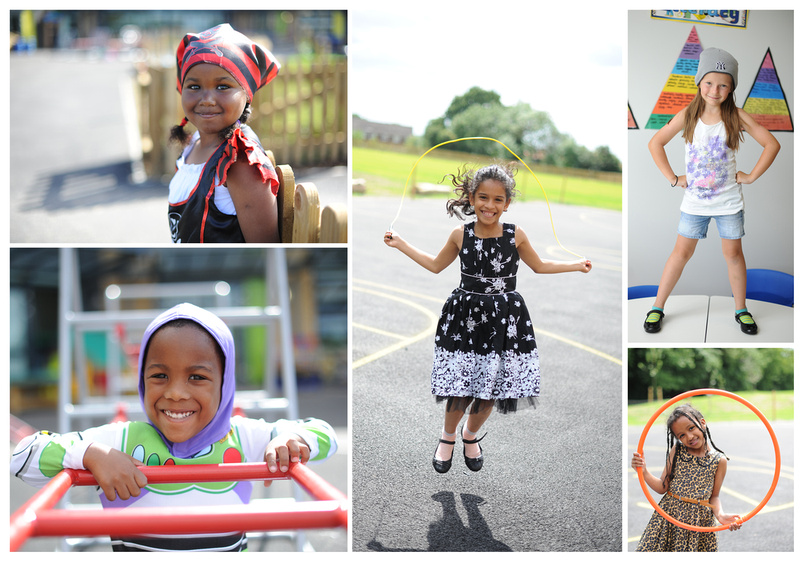 Chris Flathers Principal The Orion and Goldbeaters(non-registered)
This was a fantastic project that came to life as Jenny got creative with her camera! We had a big idea for our annual festival GO FEST - a unique exhibition of children portrayed as "somebody special and important". It was such a success, one of our best ideas! (and worth every penny). Jenny captured every child in a unique pose - yes all of them! Our parents were very touched they even took photos of the photos. This was such a positive experience and a huge boost for pupils and their self esteem - much more than an annual "school photo". It is amazing what you can happen from a good creative idea. Jenny did so much more as well - choice of mounts, printing etc, etc. We have a new and exciting project this June. Jenny is great to work with especially through busy school days. BIG thanks.
No comments posted.
Loading...
Subscribe
RSS
Recent Posts
40 OVER 40 Jennifer Kennedy Elizabeth Day Michelle Griffith Robinson Carolyn Harris MP 40 OVER 40 Dr Naomi Potter 40 OVER 40 Menopausal Mayhem Mother 40 OVER 40 Newborn and Toddler Gorgeousness - Muswell Hill family photographer I Can Feel the Vibe - modern school photography in North London Baby Boy - Crouch End family photographer
Keywords
Family Photography Child Photography Baby Photography Newborn Photography Business Portraits Teen Photography menopause perimenopause London photographer headshots
Archive
January February March April May June July August September October November December
© Jenny Smith Photography
Powered by ZENFOLIO User Agreement
Cancel
Continue